Forums Home › Bug Reports & Help › Bug Reporting
Welcome to the Titanfall 2 Forums. We have made a few adjustments to help eliminate spam and fake accounts. Starting today to participate in discussions, you must own Titanfall 2 and have a linked EA account. If you're having issues posting but do own the game, log out completely and clear your browser cache, cookies, and temp files, then restart the browser.

A few Gauntlet bugs and errors

I've been speedrunning the Gauntlet for about a year now, and I've gathered a lot of info on a few bugs that happen in it from sheer playtime, I'll provide videos and screenshots to help explain them.
Issue 1: Gauntlet trigger bug

This is a pretty large bug and extremely annoying bug that has killed hundreds, if not thousands of my runs, but I think I may know what the issue is.
The Gauntlet's trigger that starts the timer seems to only work about 50% of the time when moving fast, for example from a double frag boost. When the trigger doesn't start the timer, you seem to clip out of bounds in a way.

Can you reproduce this issue 100% of the time: No, it's random, but I can consistently reproduce it. 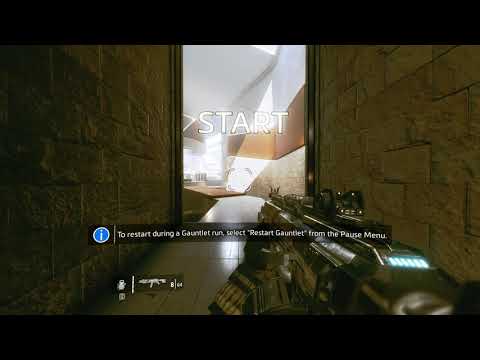 You can walk around the entire Gauntlet, but no targets spawn, and the timer and speedometer don't start, and when you reach the end, you can walk out of bounds and on top of the map. 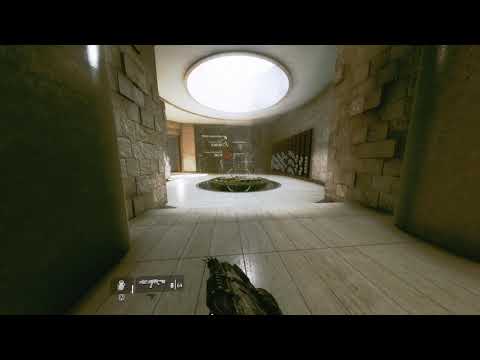 I don't know how the Gauntlet works, but if I were to guess, I think it's that the trigger doesn't check for the player fast enough to catch them when they're moving above normal wallrun speeds. If this could be fixed it would be greatly appreciated, as it has killed so many of my runs, although, please make sure that the fix doesn't affect speed negatively, because it would probably kill speedruns for the Gauntlet

Issue 2: Grenades on the rack

The weapon rack seems to always give you the wrong grenades, and they don't respawn properly either, sometimes 3 respawn, sometimes none. Pick up a frag and you get an arc grenade, and vice versa sometimes. Sometimes pressing E on a grenade won't even give you the grenade

Can you reproduce this issue 100% of the time: Yes 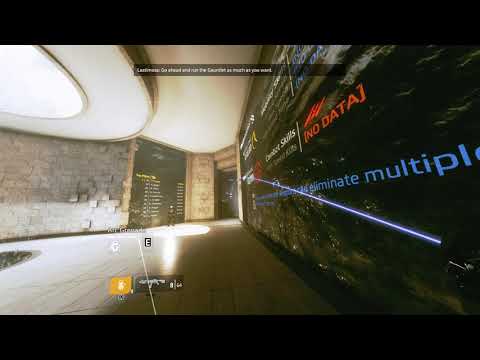 0:15: I'm given arc grenades when there's clearly only frags on the wall
0:20: It says that I've been given more arc grenades... from a frag? Then it doesn't even give me any more. It also briefly swaps my grenade out for a frag, but then instantly switches back to arcs.
0:32: Spamming E on the arcs to try to get more back, normally in this case, 4 arc grenades would disappear from the wall and refill my inventory with them, but they don't even leave the wall here. They should also be refilling my grenades automatically when I get near to them, but they're apparently ghosts that don't do that. They don't even let me interact with them
0:39: I press E on a frag grenade, and it actually swaps my active grenade for frags... Yet doesn't actually give me any frags? In this case, it should give me the grenade I pressed E on, and automatically fill up my grenades with the other frags that I'm standing near, but it doesn't give me any at all.

They're meant to disappear off of the wall into your inventory, then respawn on the wall a few seconds later, but in my experience, of the 5 frag grenades on the wall, anywhere between 0 and 3 of the grenades will actually function normally. The rest are uninteractable ghosts, or labelled as arcs, as shown below.

In this, I have a full inventory of frags, and the bottom frag is labelled as an arc for some reason, and if I press E on it, it will actually give me arcs. After equipping the arcs from this frag in disguise, all 4 of the other grenades become interactable after they were ghosts before, yet they all do the same thing as at 0:20 on the video. The bottom frag lets me swap back to frags, where all 4 frags above it become ghosts again. Also, the 4th frag always says that it's "already equipped" when I have frags equipped, yet it won't give me extra frags if I'm missing some.

Honestly I don't know exactly what's going on here, but these grenades are broooooken

Can you reproduce this issue 100% of the time: Yes

There's a mismatch in Lasti's subtitle text and actual voice when beating the #1 time (G. Sager):

Lasti: "Impressive, Rifleman. Even certified Pilots have trouble against the best of those ghosts."

Subtitles: "Impressive, Cooper. Even fully trained Pilots have trouble against the best of those ghosts."

I would just like to say: Please make sure that any fixes that are made don't reduce the player's speed while starting the Gauntlet or from grenades or anything, I don't want my techniques to suddenly stop working lol
0
Reply to this topic
Sign In or Register to comment.