Forums Home › Bug Reports & Help › Bug Reporting
Welcome to the Titanfall 2 Forums. We have made a few adjustments to help eliminate spam and fake accounts. Starting today to participate in discussions, you must own Titanfall 2 and have a linked EA account. If you're having issues posting but do own the game, log out completely and clear your browser cache, cookies, and temp files, then restart the browser.

BDRMrAtlas
1 postsPosts: 2 ✭
February 13, 2019 6:27PM edited February 2019
Having repeated crash issues in campaign mode,
Error code looks like a DX error but you're devs will likely figure this one out.
I'm just playing the game, no others games have this issue either. 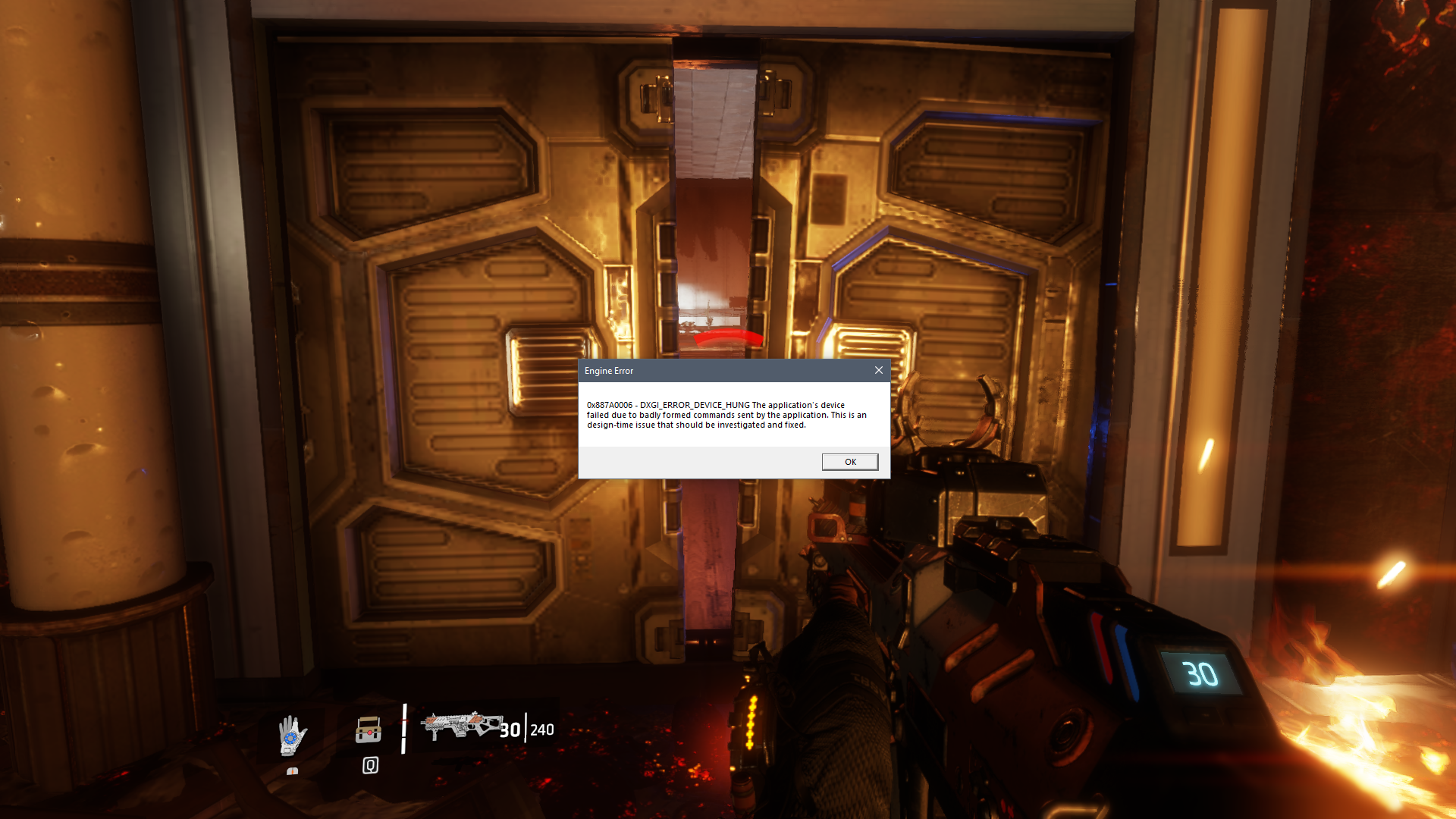