Forums Home › General Community › Tips & Tricks
Welcome to the Titanfall 2 Forums. We have made a few adjustments to help eliminate spam and fake accounts. Starting today to participate in discussions, you must own Titanfall 2 and have a linked EA account. If you're having issues posting but do own the game, log out completely and clear your browser cache, cookies, and temp files, then restart the browser.

HOW TO: SCORCH - A Comprehensive Guide to All Abilities

LordRockinghamm
142 postsPosts: 170 ✭✭✭
February 16, 2017 2:33PM edited February 2017
So you wanna use Scorch . . . great! Scorch rules. An often seen but seldom feared titan, I find that most Scorch pilots just aren't that impressive. After a non stop grind from level 1 to gen x with scorch, I'd like to share some of the lessons I learned when it comes to tearin it up on the battlefield and burning the world down.

I'm going to go through each ability and how I feel they are best used, but first we will start with your

LOADOUT AND UNDERSTANDING YOUR ROLE

Personally, I always run overcore and inferno shield and I will go over the reasons why. In terms of where not to be, DO NOT RUN AROUND OUT IN THE OPEN. Scorch is made for close quarters. Basically any titan is a real threat to Scorch if you are caught far away from cover. His attack are made for setting up traps, not easily done in an open space against more mobile titans.

Flame core sadly does not deal a ton of damage. But. It will absolutely instakill any titan that has LESS THAN HALF A BAR OF HEALTH. I'm starting this list with flame core because it is your number one titan killer. So, no matter how you do it, work your enemy down to less than half a bar of health, which can be tricky, then unleash the ground pound. Boom. Instant death. If the target has more than half a bar of health, the flame core may leave them with a tiny shred of core, allowing them to eject, thus ruining all your fun.

Which is why I always run overcore. It's very advantageous to have a flame core on hand as often as possible since it is your key to getting that kill and ending a fight as quickly as possible so you can move on to the next target.

This will be your primary pilot killer. Don't get discouraged if it takes a while to get your aim down with it. It took me several hours to understand the physics behind the projectile, but once you do you will realize that it is very versatile. It's a one shot kill on a direct hit to a pilot and the remaining thermite on the ground will often finish the job for you if you come out with a hit marker.

The arching trajectory of the thermite projectile is extremely helpful when it comes to killing pilots on rooftops. A well placed shot can terminate a pilot that you know is there but you may not be able to see. Keep in mind that the reload time is very slow, so duck in and out of cover while reloading and take your time when placing your shots. Fire, flame shield, seek cover, reload. Rinse and repeat.

No doubt the best thing about Scorch. Incendiary gas canisters are very versatile and helpful in many situations. First off, spend some time understanding how to aim and fire the traps. There is no reticle and no visible trajectory for the canisters so it's up to you to figure it out. Once you do though, you will be rewarded with great opportunities to kill pilots inside of buildings. Launch a canister in a given window, fire a thermite shot in there. Oh yeah. Roasted pilots.

Against titans incendiary traps will be your best way to deal damage. Remember, USE THEM IN THEIR INTENDED ROLE, TRAPS. I often like to throw one down behind my target and then throw one down in front of the same target. Light them both up and you send your target fleeing backwards into a trap. Catching one or more titans unaware is perfect. Launch your traps and use firewall or even flame core to ignite them. The damage will stack so quickly they won't know what to do. So remember, use the traps together, one to drive the enemy into the other.

Firewall is great for many tasks. First and foremost it's great for 'herding' other titans into your incendiary traps. Launch a trap to the left, drop firewall to the right, thermite your trap on the left. It's also great for igniting one or more incendiary trap quickly.

My personal favorite though is using it to kill pesky pilots. Can't hit that little guy in the doorway with your thermite? Too far into the building for incendiary traps? Launch your firewall in there and give him a little surprise. Then you will know true joy.

Flame shield is your best friend. In my opinion, inferno shield is BY FAR the best perk to run as Scorch. It makes your shield last twice as long, allowing you to protect yourself while getting out of sticky situations, but best of all, it cranks the damage output of the shield up to 11.

With inferno shield on, you can stop thinking of it as a shield and more of a melee weapon. Any titan foolish enough to get in your face will learn quickly that it was a bad move (lmfao ronins, please, get out of here). It's a rather ham-fisted technique, but walking up to a titan and straight up roasting them down to less than half a bar of health and then dropping the flame core is an extremely effective strategy to end a fight very quickly and secure a kill. This works really well in conjunction with overcore because by the time you have put enough damage on your enemy to get then down to the half bar of health mark you will have earned a core, almost garaunteed.

In terms of pilot kills, it's fun and amusing to roast a pilot with your shield, but not always reliable. I'd go with the good old punch if you're engaging more than one sad pilot.

So, that's it folks. Most importantly, be patient. When I first started playing Scorch I got frustrated. I tried other titans but always kept coming back because Scorch just felt like home. My dedication was rewarded. Below are a few links to some videos I've made with some really good Scorch gameplay. Feel free to check them out if you're interested in seeing what Scorch can do. 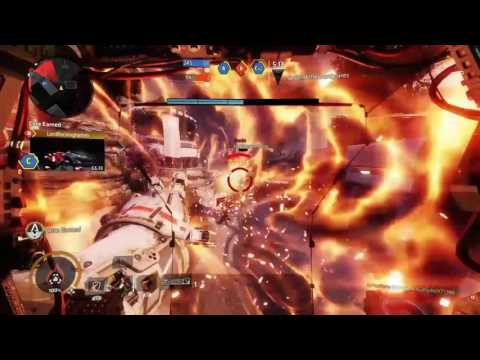 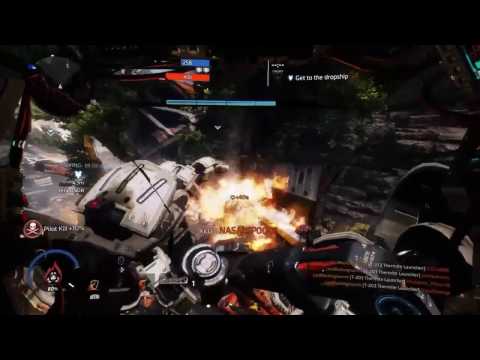